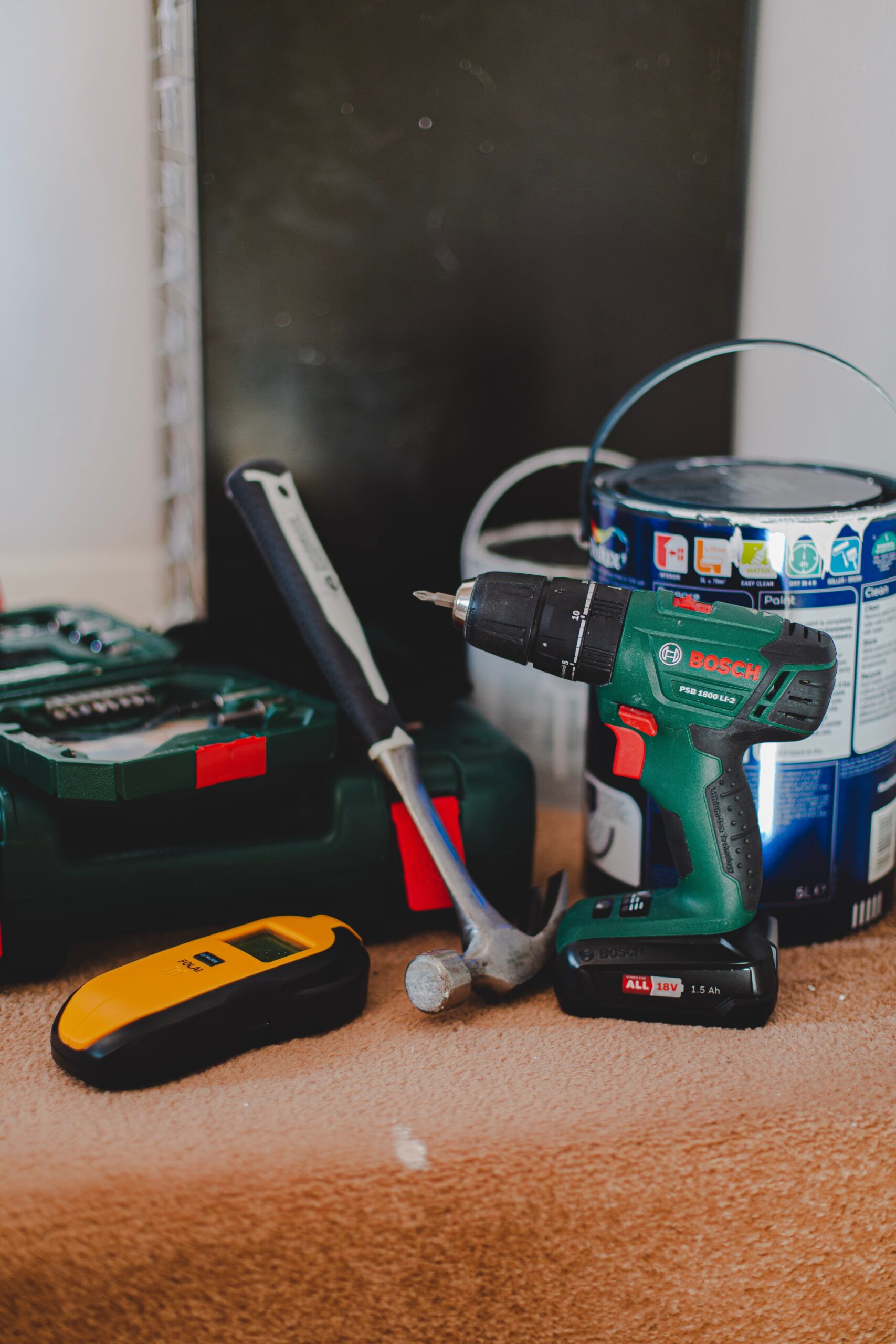 Nothing says “I Love You” like a new hammer or a drill, right? Well, for some people buying a few tools for their wife is a practical and thoughtful gesture. What tools to buy for your wife, and knowing that they’ll have some power to get things done shows trust and independence.

When I was newly married we had very little in general. Tools were as scarce as anything else in our daily lives. Tools, furniture, decent transportation… We lacked a lot, being poor newlyweds. But we worked hard and we had lots of love. For Christmas one year I bought a basic toolset for my wife. Really, it was a way to supply ourselves with some tools for use around the apartment for fixing tables from the thrift store, or trying to keep our old Carola going for another few miles.

The tool set I found was similar to the one above, maybe a little smaller, definitely cheaper given that this was almost twenty years ago. Where does the time go?

It had some pliers, and cutters, and wrenches, and screw drivers. We still have the set in our closet, and it even still has most of its tools despite my four kid’s efforts to lose them. “Most” is probably an exaggeration. But we have some of the tools and the bag. It’s nice to have a set of tools in the house. Most of my tools are in the garage, detached from the house, and not as handy to grab in the middle of winter.

One of the tools I find we use the most that was not in the kit is a cordless drill. They’re super handy and can save you a lot of time when you need to work on a project that moves around the whole house, like putting new plates on your outlets after painting, or something like that.

I have a craftsman cordless drill and I’ve been very happy with it. It’s lighter than my Dewalt and my wife likes that.

Honestly, the first drill we bought was a corded drill, because it was cheaper. If you’re on a budget and you need a drill that’s really the best way to go.

I like Black and Decker tools. When you’re on a budget they are a good brand that I trust.

Here’s a cheaper cordless drill too, just in case. It comes with lots of attachments, which can be super-helpful when you’re just starting out.

If you’re looking for some other ideas, how about this super basic tool kit? It’s perfect for keeping in the car, or if you need to just get by. It has a tape measure, plyers, a hammer, and some utility scissors. Plus, pink!

I love finishing a project or putting furniture together. Big remodels and small upgrades all bring a welcoming sense of satisfaction for a job well done. I also love working with my wife and she feels empowered when she can do some of the work herself.

She recently assembled some new side tables for our living room. She didn’t make a big deal of it, but I think she was pretty pleased with herself. I was proud sure of her.

ToolReviewsPlus.com is a participant in the Amazon Services LLC Associates Program, an affiliate advertising program designed to provide a means for sites to earn advertising fees by advertising and linking to amazon.com. Additionally, ToolReviews.com participates in various other affiliate programs, and we sometimes get a commission through purchases made through our links.